In this documentation you will find extra information on various practices that will complement your secure development. We invite you to consider them in order to considerably improve the security of your integration.

It is essential to have concrete evidence that allows us to understand what is happening in our application (to alert us) and what happened at a certain time with a certain user, endpoint or resource.

To implement this, we have several possible alternatives:

Logging of sensitive information, personal data, secrets or confidential information should be avoided as much as possible.

It is important to mention that in this instance we are not trying to defend against denial of service attacks.

Rate limiting is the practice of limiting traffic to the application or its components based on a certain rate. The idea behind this practice is to establish a finite number of times that the user will be able to access the desired functionality. For example, "a user will be able to make 5 money transfers per hour".

The objective of CAPTCHA is to avoid automation by giving the user an option to "recover" from the detection of anomalous behavior by presenting a challenge that only a human could solve correctly. 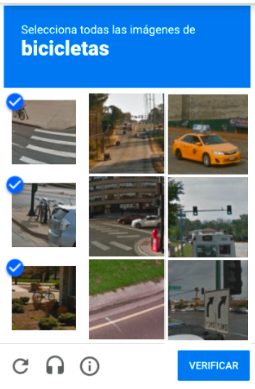 In general, the reCAPTCHA engine is delegated to detect anomalous behavior or thresholds based on which to display the CAPTCHA. There is the alternative of reCAPTCHA v3 in which the service returns a score and we can decide when to show the user the challenge and when not to show it.

Sometimes it is necessary to use some secret in our applications, for example, access credentials to a database, a key to consume some service or some random value to sign messages.

In these cases, a bad practice can occur, which consists of leaving the secrets hardcoded in the code. By doing this, the secret becomes available to everyone with access to it.

How to implement it?

The same hosting can be configuration files, databases or specialized services for storing secrets such as those available in the services of different cloud providers, and must be strongly protected against access by outsiders, including other local users on the same system.

In many occasions, when using versioning systems, we mistakenly leave the secret in the code and when we realize it, we make a new commit. By doing this, the secret is still in the repository.

We recommend that if a secret was put into code, it should be removed from the code as recommended above and replaced with a new one . In case this is not possible, we recommend you to remove the affected commit guía para Github.

In many occasions the third party dependencies that we include in our software have vulnerabilities or are directly malicious.

For these reasons, it is very important that we pay attention to the security of the third-party components that we include, so when choosing a dependency, we must choose the most recent version and without reported vulnerabilities.

Next: Validations and security requirements.